Professional athletes have unique financial planning needs due to the amount and timing of their earning careers. Athletes with their families should create a financial plan spanning their playing career, transition post playing career and their long term life goals.

Information for educational purposes only.

The emergence of Covid-19 has forced all of us to change the way we conduct our lives.  For nearly a year, people in every circumstance and walk of life have dealt with an invisible threat to the health of family, friends, and neighbors, as well as the distress imposed by economic uncertainties.

While there is encouraging news about COVID vaccines, daily life continues to be challenging as infections again surge.  We still need what some military sources call “mental armor” to cope and carry on, to remain resilient and adaptable.

A key component of my own mental armor is meditation, which I use to mask the “noise” of the daily news and other distractions. I use both inner-focused meditation techniques and outwardly directed practices to help me to focus and “clear the decks.”

The second component is finding a purpose beyond my own immediate concerns.  As psychiatrist and concentration camp survivor Viktor Frankl wrote in Man’s Search for Meaning “Those who have a ‘why’ to live, can bear with almost any ‘how.’”  I also adhere to ideas expressed in Mihaly Csikszentmihalyi’s Flow: The Psychology of Optimal Experience: “It is by being fully involved with every detail of our lives, whether good or bad, that we find happiness, not by trying to look for it directly.”  For me, this means being clear about my intentions, setting goals slightly above my ability and engaging in physical activity. I see these philosophies at work when I run marathons and climb mountains to raise money for cancer research and in my commitment to financially support an Asian researcher.  Fighting cancer has profound personal meaning for me.

Finally, I find the Stoic philosophy helpful.  Epictetus (50 A.D.–135 A.D.) wrote that, “Some things are within our control and others not.”  The Greek philosopher consistently considered the capacity for choice and the limits of  “volition,” writing, “There is only one way to happiness and that is to cease worrying about things which are beyond the power of our will.”

The Art of Leadership

In essence, leadership is the art of guiding a group of people toward a common goal.  But what are the qualities of an effective leader?  Is it a matter of charismatic personality or something that can be learned and cultivated?  My interest in leadership led me to an article in the Harvard Business Review entitled, “What Sets Successful CEOs Apart?”

The writers of the HBR piece, noting that 25% of CEO departures are involuntary, conducted a ten-year study called the CEO-genome project.  The resulting data disputes the frequent assumption that a successful CEO is most likely to be a tall, extroverted visionary with an Ivy League education and an astronomical IQ.  In fact, the key finding was that, “successful chief executives tend to demonstrate four specific behaviors” and that most high-performance CEOs excel in more than one of these four behaviors.  Those with a poor leadership profile rarely do so.

Deciding with speed and conviction

High-performing CEOs “make decisions earlier, faster, and with greater conviction…even amid ambiguity, with incomplete information, and in unfamiliar domains.” In fact, leaders who were indecisive were much more likely to be fired than those who simply made one bad decision.

Once a decision has been made, the CEO must get people “aligned around the goal of value creation.”  Per the study, CEOs with a results orientation were “75% more successful in the role.” And while good leaders do solicit information and ideas, they must also be willing to engage in conflict and ultimately, chart a clear course—giving “everyone a voice but not a vote.”

The authors’ analysis shows that leaders who excel at adapting “are 6.7 times more likely to succeed.”  Equally, the ability to adapt requires an ability to think long-term and anticipate change.

Project data indicates that reliability is paramount.  “A stunning 94% of the strong CEO candidates we analyzed scored high on consistently following through on their commitments.”  The writers also note that reliable results require the ability to effectively organize, plan, systematize and build a strong team.

I think anyone can benefit by practicing these four behaviors.  After all, imagine an indecisive military leader, a football quarterback who can’t adapt to moment-by-moment shifts on the field, or any leader in business who doesn’t engage and motivate his or her team.  I hope you will find this information as useful as I have.

This is the No. 1 behavior that transforms ordinary people into successful CEOs. https://t.co/PkMIHRTN8C via @CNBCMakeIt pic.twitter.com/P7pb8Nzg31

What can we learn from “swarm intelligence?”

The question arose after reading an article in The New Yorker by Douglas Starr, professor emeritus of science journalism at Boston University. (1)  Although the article was written with regard to how the concept of swarm intelligence might apply to guiding a response to the current pandemic, Starr prompted me to consider how it might apply to sports and even more broadly.

First, a definition:  swarm intelligence is the “phenomenon in which groups of animals act in concert” or when people “come together to create a synergy that magnifies their individual capabilities.”  It differs from cooperation, in which people work together in a structured way to achieve a specific goal.  Starr notes that, “…it’s an emotional and reactive behavior, not a plan that can be written out on a flowchart.”  It’s the unified action of soldiers in battle, or the way that a basketball team can seem to move as one.

I drew from Starr’s article 5 essential elements of “swarm intelligence:”

In an interesting way, retired college football coach Urban Myers’ in a recent Twitter post, refutes the idea that “bad players” are the cause of poor team performance.  According to Myer, you have to “look under the hood,” where you will discover:

For both journalist and coach, exceptional performance as a team or in Starr’s case, a task force, requires a shared sense of purpose, a spirit of generosity and an environment of trust and respect.  These values are at work whatever your game.

Over the years I’ve learned a couple of useful facts about cutting weight. Once the food you eat leaves the stomach, it passes into the large and small intestine, which are approximately 25 feet long. Generally, it takes steak three days, chicken two days and fish one day to travel through our gastrointestinal tract (GI). Take those time frames into consideration as you get closer to competition day. Since your intestines are a membrane, proper hydration is necessary. Be sure to drink plenty of water and get in some pool or tub time.

I blend half of my favorite cereal along with Fiber One Cereal, Original Bran. It makes a great late-night snack instead of a midnight burger run. Also, consider cutting out fiber the night before a competition.

Intestinal health appears to be important to one’s overall health, resistance to disease and response to treatment. Recently, I read a study stating that cancer patients with good gut bacteria were more receptive to immunotherapy treatments. 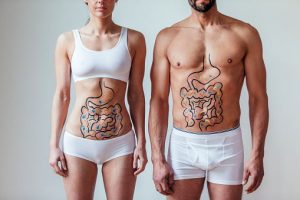 Put out a challenge for any mix combinations that are better than our top secret recipe (okay probably not as secret now).

1. Robby’s Pancake mix from William Sonoma. And yes, you have to use buttermilk and not milk.

3. Ripe bananas pureed and then blended with the pancake mix.

Work together to achieve uncommon goals.

This is how Navy SEAL training can put your ego in check pic.twitter.com/yWm3JNbuPQ

If you had 15 minutes with a Nobel Laureate, what would you ask?

When PhD student Sofie sat down with 2018 Chemistry Laureate @francesarnold, they talked about everything from fearlessness to persistence.#WomenInScience

“The organization will let you work on whatever you want to work on. You just have to make sure you are working on things only you can work on… Certainly true if you are going through a period of tremendous scrutiny or big changes… You have to set time aside to make sure you know where you are.” Qualcomm CEO Steve Mollenkopf, minute 22.

Mr. Mollenkopk’s words had a big impact on me as an entrepreneur as there are no shortage of items that need attention. His comments bring clarity to how to prioritize tasks to determine what needs should be delegated versus owned. End goal is efficiency as to avoid burnout as one scales mountains.

Louis Gerstner wrote a fascinating book about his turnaround of IBM in the 90’s. One lesson I took away from Who Says Elephants Can’t Dance (available on Audible.com) was that Gerstner made no decisions initially, but rather spent time talking with his different divisions. His approach relates to author Steven Kotler’s statement about what Google was seeking in a CEO: “to let go of his ego, merge with the team…” Only when Gerstner had a clear idea of IBM’s needs across the organization, did he then proceed to right the ship.

Stealing Fire by Steven Kotler and Jamie Wheal is available on Audible.com.

How Google used Burning Man to find a CEO who was familiar with group flow pic.twitter.com/saUgEX2q2r

IAC Chairman and media legend Barry Diller: "One of the ways you guard against arrogance is to forget success. So I just always tried to brush it clean. Sometimes successfully."

“They also make the very clever shift away from seeing those in their industry as competitors and rather see them as rivals. A competitor is someone you want to beat. And the obsession again is too much on the finite. What are the metrics, how are we going to get ahead of them? A rival is someone who’s strengths reveals to you your weaknesses. So to see those in your industry and admire where they are better than you, instead of trying to beat them, you look at where your weaknesses are, and improve. It’s constant improvement.” -Simon Sinek

Finite and Infinite Games by James Carse is a very interesting book and available on Audible. The Infinite Game by Simon Sinek is scheduled to be released June 6, 2019. Can’t wait!

Wine is a strong acidic beverage with a pH between 3 and 4. A great book on wine is The Billionaire’s Vinegar by Benjamin Wallace which is available on Audible.com.

These are the best ways to consume wine — according to a wine expert pic.twitter.com/xTdGcLrN7b

Just downloaded The Code of Trust, by Robin Dreeke and Cameron Stauth, on Audible.com.

These 3 strategies can be used to connect with anyone, anywhere pic.twitter.com/4xvJIWfXdm

Why pro athletes may lose a fortune because of the new tax law https://t.co/6EijSVsAGk

Traits of Billionaires include GRIT and Resilience

Success demands not believing the hype, or lack thereof, tunnel vision, GRIT and resilience. Each level becomes ever the more challenging but the formula remains the same: Just do the work.

Just downloaded Barking Up The Wrong Tree by Eric Barker on Audible.com.

The average GPA of college millionaires is 2.9 — find out why pic.twitter.com/HSpkveZHqS

A recent conversation with a friend about acid reflux brought up a 2004 email from my father. Below content from his email is the framework in which I think about the food I eat. While the average pH value of yogurt is about 4, which is somewhat acidic, a drinkable yogurt from Trader Joe’s always settles my stomach.

Here's how @AlexHonnold became the first climber to scale Yosemite’s El Capitan without a rope. #FreeSolo

Listening to Money Master the Game, by Tony Robbins, on Audible.com.

One hundred years ago, the end of World War I was the beginning of many border changes in Eastern Europe – and much ethnic strife. Here's what you need to know about the impact #WWI had in the region: pic.twitter.com/H4K4ZZEAcg

100 years ago, the end of World War I brought turmoil to the Middle East. The aftershocks can still be seen today.

Tune in to our videos looking at the impact of the Great War. Here's episode one. pic.twitter.com/kWLyU3g3gJ