Our investors tend to be extraordinarily thoughtful about investments.  They appreciate our asset management strategies.

Investors looking for excitement or entertainment should look elsewhere. We manage assets as if we were preparing for a serious climb—only thoughtful management of the process bodes success.

7Summit is an educated and intuitive guide on the path to preserving and growing assets. Success, however, takes knowledge on the client’s part, as well as our own. Our client’s informed questions keep us on the right path, going in the right direction, even after a change in the client’s circumstances or the market.

Many times, we do reach the summit, as defined by you, our client. And we who have worked with you on the climb, join you in celebration. That’s our definition of excitement.

7Summit Advisors, LLC claims compliance with the Global Investment Performance Standards (GIPS®). Our firm’s claim of compliance has been independently verified by ACA Compliance Group. In addition, each of our composites receives a performance examination.

Are you a fan of the Star Trek movies or TV series? Even if you’re not, you may be familiar with the concept of a “replicator” that can instantly produce almost anything. In Trekonomics, author Manu Saadia considers where such technology might take us. Among other things, Saadia figures that a replicator might remove the need for work because people can get almost anything they want instantaneously. Still, people do work on Star Trek. Saadia figures that they’re competing for status, such as “ownership” of the single captain’s chair.

Of course, even with the introduction of 3-D printing and advanced electronics, we’re still a long way from the world of Star Trek. But I do this kind of reading as I seek ideas for investments that can support achieving your long-term goals.

No doubt many of you are thinking about events on Earth, not in space, as the Russian invasion of Ukraine continues. Despite President Vladimir Putin’s threats, many did not foresee the invasion, including the Ukrainian government. This unexpected event created market upheaval, making stocks volatile, driving up interest rates, and sending some commodity prices skyrocketing. These events reinforce my philosophy that flexibility is essential because we never know what’s coming. All we can do is assess risks based on our best judgment of probabilities.

The emergence of this situation reminds me of the words of former professional poker player Annie Duke in her book, Thinking in Bets: Making Smarter Decisions When You Don’t Have All the Facts:

By keeping an accurate representation of what could have happened (and not a version edited by hindsight), memorializing the scenario plans and decision trees we create through good planning process, we can be better calibrators going forward. We can also be happier by recognizing and getting comfortable with the uncertainty of the world. Instead of living at extremes, we can find contentment with doing our best under uncertain circumstances and being committed to improving from our experience.1

I always strive to analyze decisions in the way that Duke recommends.

Looking at the Ukrainian situation, I agree with Chinese commentator Hu Wei, who says that Putin expected to capture Ukraine rapidly with the use of overwhelming force, install a puppet government in Kyiv, and then pull out. That strategy misfired. Its failure reminds me of the formula, power of resistance equals means times will.2 Putin underestimated the amount of material and time needed to subdue Ukraine, partly because he underestimated the will of the Ukrainian people. Now, as Hu Wei says in “Possible Outcomes of the Russo-Ukrainian War and China’s Choice”:

Even if Russia manages to seize Ukraine in a desperate gamble, it is still a political hot potato. Russia would thereafter carry a heavy burden and become overwhelmed. Under such circumstances, no matter whether Volodymyr Zelensky is alive or not, Ukraine will most likely set up a government-in-exile to confront Russia in the long term. Russia will be subject both to Western sanctions and rebellion within the territory of Ukraine. The battle lines will be drawn very long. The domestic economy will be unsustainable and will eventually be dragged down. This period will not exceed a few years.3 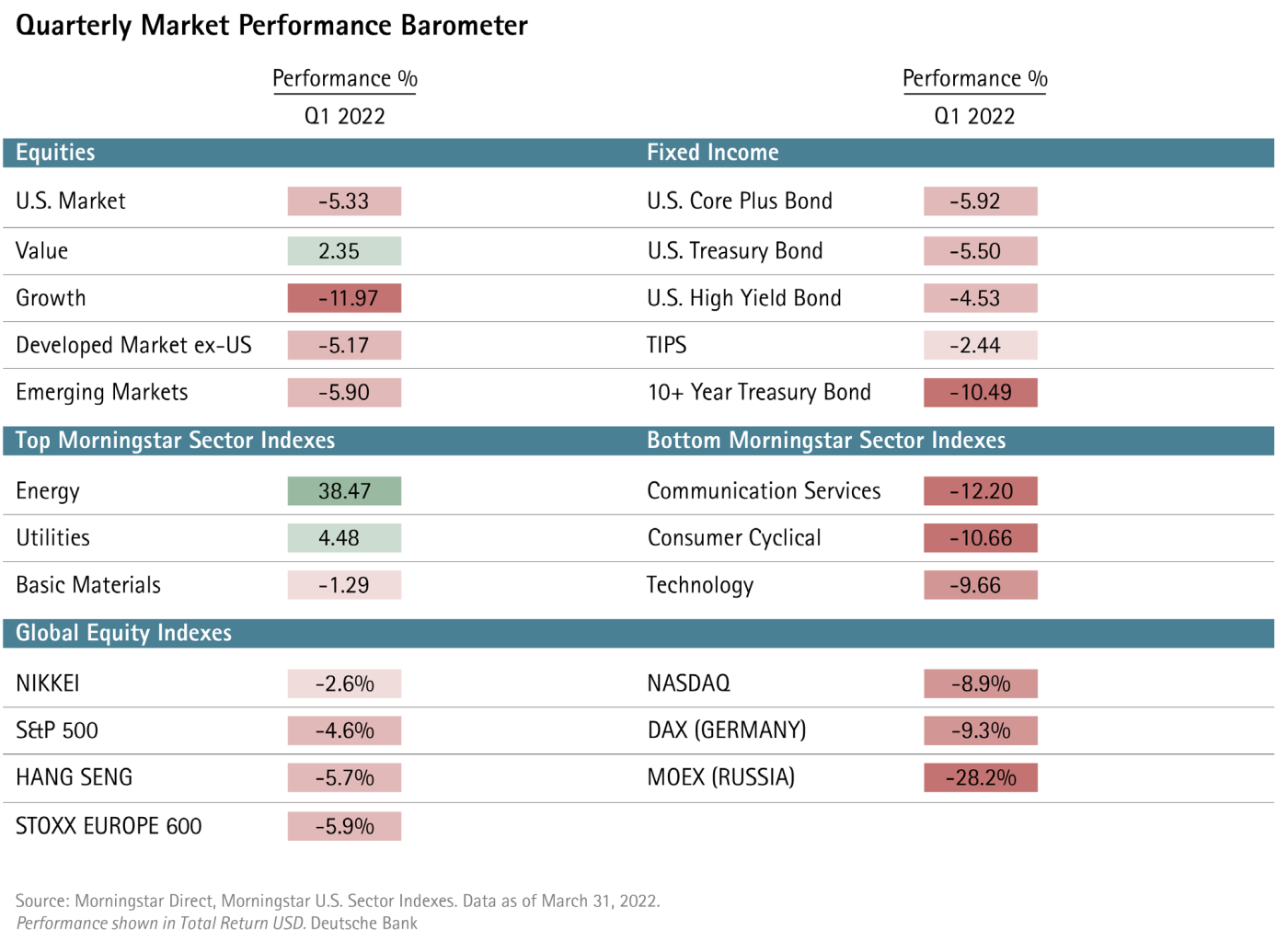 We hope that peace can be negotiated sooner rather than later. Amid this uncertainty, I am looking for new opportunities to invest. The stock prices of many companies have fallen dramatically. Despite those falls, many still look expensive. However, I don’t want to make the mistake that investors made with the Nifty Fifty. As Wharton School Professor Jeremy Siegel, author of Stocks for the Long Run, says, “The lofty levels reached by the Nifty Fifty in the early ’70s is often held up as an example of unwarranted speculation. But a glance in the rearview mirror indicates investors were right to predict that the growth of these firms would eventually justify their prices.”4 The same thing could apply to some of today’s highfliers. I am particularly interested in innovative companies, including those that might lead to the very different world portrayed in Trekonomics.

In client portfolios, I’ve lightened the exposure to commodities to lock in gains and will continue to deploy cash cautiously.

Back to 7Summit
Start a Conversation
How Can We Help You?