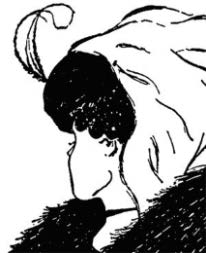 When you look at this image, do you see an old woman with a babushka tied around her head, or an ingénue wearing a ribbon necklace? The U.S. economy evokes a similar response. Is it vivacious or is it tired?

Both images appeared in the first quarter of 2016. From one angle, the economy looked sluggish. Retail sales dropped 0.3% in March, marking the third straight month in which sales were flat or falling, according to the Commerce Department. Slow growth in China and Europe’s problems also weighed on investors, with pessimism peaking February 11 when all the major U.S. stock indexes plummeted more than 10% for the year. The same day, U.S.-produced oil hit a 13-year low of $26.21 a barrel, down nearly 30% in 2016 alone and 80% from its all-time high.

But by mid-quarter, another image had come into view. Fears of another bear market were banished and suddenly the U.S. economy looked resilient, not dowdy. Growth was slow and steady, but not overheated. Unemployment was lower. The value of the U. S. dollar dropped, helping our exports. And oil prices rebounded, like the proverbial tide that lifts all ships. Investors responded enthusiastically, and by the end of the quarter, the markets had returned to positive territory.

At 7Summit Advisors, we see both images, but we remain cautious and defensively positioned. When we do participate in domestic stocks, it’s often a contrarian play. Thus, in late 2015 and early 2016, we began buying energy stocks at a time when the sector was reeling from cascading oil prices.

We started buying when a barrel of oil was trading around $40. We were a bit early, as crude bottomed around $26—but our positions worked because of our strategy. In particular, as the prices of the master limited partnerships fell, we increased our small initial position and became aggressive buyers for some of our larger taxable accounts. For example, Plains All American Pipeline (NYSE: PAA), a publicly traded master limited partnership in the oil pipeline transportation, marketing, and storage business, was trading near its five-year low at the time of our purchase. It recovered and is trading around $22 a share.

Similarly, we bought First Trust Energy Income and Growth Fund (NYSE MKT: FEN) ranging in price from $23 a share in late November to $16.50 in January. But we acquired 60% of our position in early December when it was trading in the $19 a share range.

We are bullish on the price of oil for simple supply and demand reasons. The accompanying chart, courtesy of Bloomberg, gives a good illustration of our sentiments.

SHRINKING SURPLUS
The International Energy Agency says the global surplus will start fading in the second half. Source: IEA estimates for supply, demands and change in global oil inventories, Bloomberg

We also took advantage of the price slump in Wynn Resorts Ltd (Nasdaq: WYNN) and only wish we had bought more. The stock, which was trading around $50 a share in early February, climbed to about $94 a share by the end of the first quarter. The stock, which had been under pressure because high rollers have been missing in action in Macau for the past two years, rebounded on news of Wynn’s higher Las Vegas casino revenues and news that CEO Stephen Wynn bought company shares for his own account. It’s always good to see the leader put his own money on the table.

Our shorts and hedges, as well as high quality assets, have helped to buffer volatility. And in cases where we invested in funds, we have benefited from the skill of experienced managers.