Central banks haven’t yet cracked the code for how to make an economy grow without interruption. If anything, these banks seemed doomed to repeat mistakes again and again. I’ve reached this conclusion after reading two books by economists—The Holy Grail of Macroeconomics: Lessons from Japan’s Great Recession by Richard Koo and Central Banking in Turbulent Times by Francesco Papadia with Tuoma Välimäki. Both writers look to past recessions to analyze central bank policy.

Richard Koo quotes former Fed Chair Ben Bernanke, who says, “to understand the Great Depression is the Holy Grail of macroeconomics… but we do not yet have our hands on the Holy Grail.” Economists and policymakers don’t understand the dynamics of the Great Depression—or economics in general— well enough to prevent another depression, or even a recession. It’s true that the Fed can bolster a weak economy by keeping interest rates low and buying bonds to add liquidity. Unfortunately, asset bubbles will follow—and those asset bubbles hold the seeds of future economic crises.

In the run-up to financial crises, economists have identified common patterns. Central Banking in Turbulent Times refers to economist Hyman Minsky’s recognition of a shift to speculative financing that eventually leads to an economic crisis. Initially, a sound form of financing Minsky refers to as “hedge financing,” relies on “cash flow from operating assets (or, from owning financial contracts) to be more than sufficient to meet contractual payment commitments now and in the future.”

The next two types of financing are progressively less sound: speculative and Ponzi financing.

With regard to Minsky’s financial instability hypothesis, former chief economist of PIMCO Paul McCulley wrote, “The longer people make money by taking risk, the more imprudent they become in risk-taking.” When everyone believes that risks will yield rewards, prices tend to rise as expected. However, McCulley notes, “…stability is ultimately destabilizing, because of the asset price and credit excesses that stability begets. Put differently, stability can never be a destination, only a journey to instability.”

Once the economy moves to Ponzi financing (named after infamous scammer, Carlo Ponzi), it’s on the verge of what McCulley calls a “Minsky moment.” That’s a moment when markets collapse, thanks to the re-pricing of risk and excessive leverage taken on by investors. 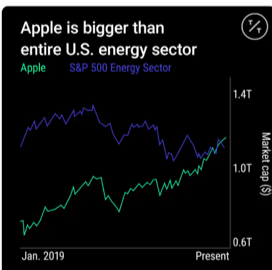 We could hope that investors would learn from this historical pattern. However, human beings tend to think optimistically; to believe that this time will be different.

Could the U.S. be on the verge of a Minsky moment when markets will collapse?

It’s hard to say. Currently, low interest rates encourage investors to reach for yield and returns in riskier investments. Some valuations are out of whack, as is evident among technology stocks. For example, in November 2019, the market capitalization of Apple exceeded that of the entire S&P energy sector, which includes Exxon and Chevron. This was true even though Apple ranked third on the 2019 Fortune 500 list with $265.6 billion in revenue, while Exxon reported $290.2 billion in revenue, outranking Apple at second place (Chevron ranked #11 with $166.3 billion in revenue).

There’s disturbing news about debt. Chinese firms have defaulted on nearly $20 billion in debt in 2019 and owe more than $200 billion globally. With more defaults expected, it’s easy to imagine a scenario in which Chinese defaults take lenders down globally. 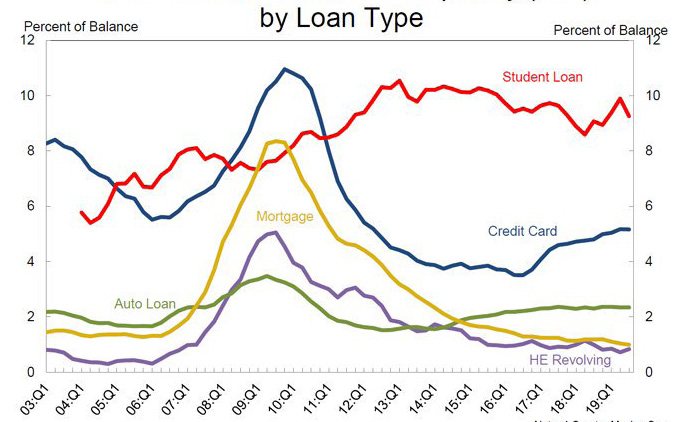 Debt levels—and defaults—are ticking up in the U.S. Meanwhile, investors are pouring into the riskiest U.S. auto loans, known as subprime asset-backed securities (ABS). ABS appear to be headed towards highest ever new issuance, following a record year in 2018. Moreover, spreads are tight, meaning that issuers don’t have to offer interest rates that are as attractive as typical relative to the yields on Treasuries of similar maturities. 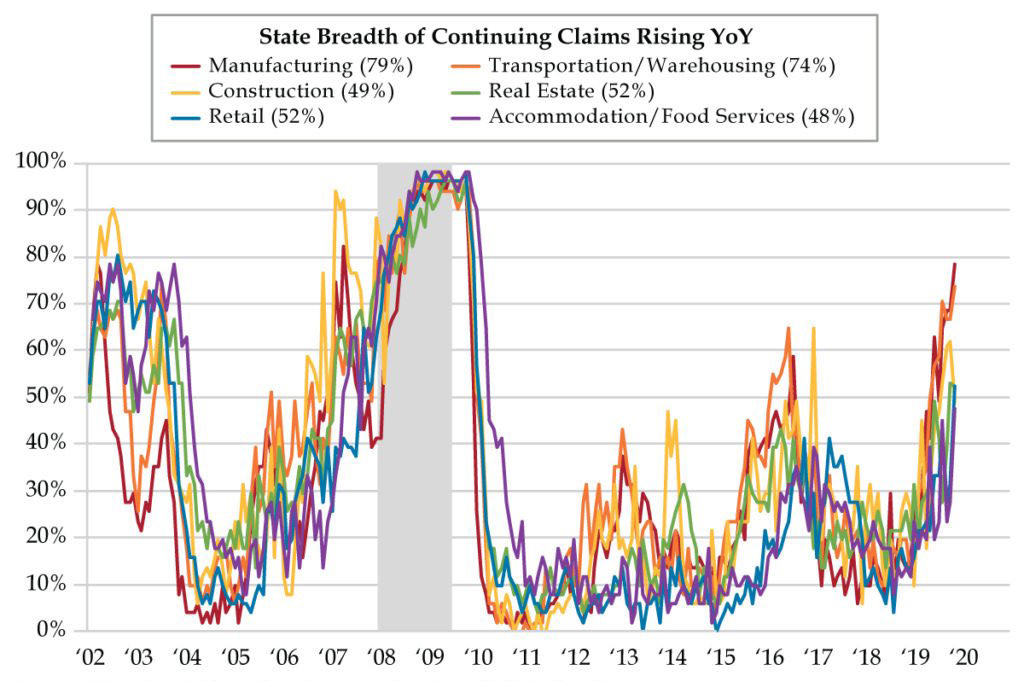 Consumer auto loans outstanding also hit a new record, with $450 billion outstanding as of the most recent 2019 data. Delinquencies of 90 days or more have taken an upturn, after falling dramatically from the highs they hit around the time of the Great Financial Crisis (see graph). Moreover, continuing jobless claims are on an uptrend (see graph). As consumers are stretched increasingly thin, they may not be able to sustain U.S. economic growth, which increasingly relies on consumer spending (see graph). Any crisis could hurt growth, and possibly push the U.S. into a Minsky moment. 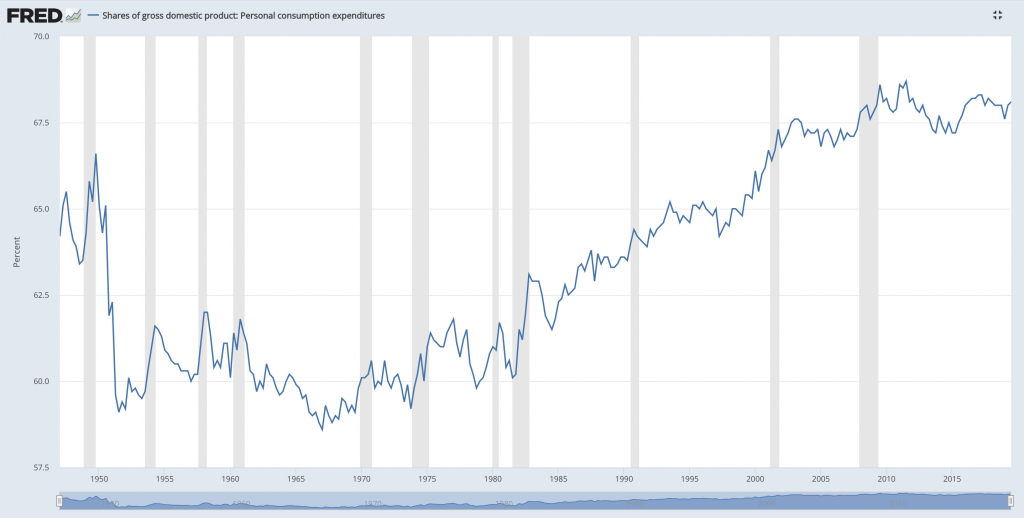 In this environment, we focus on conservative investments. In terms of stocks, we invest in companies with valuations that are reasonable multiples of earnings. Such companies are on a more sustainable path than high-priced peers. We see some opportunities in the energy sector, which our discussion of Apple versus the S&P energy sector shows, may be somewhat undervalued. In terms of bonds, we continue to favor high-quality bonds. There again, we are sensitive to valuations, as investors’ quest for yield has made some prices too rich for us.