“History doesn’t repeat itself, but it rhymes,” as Samuel Clemens (a.k.a. Mark Twain) is reputed to have said. This time, history is rhyming as Americans go into debt at levels last seen during the credit bubble nearly a decade ago. Between mortgages, auto loans, student loans and credit card debt, U.S. households are in the red by $12.73 trillion. That’s $50 billion higher that the record set back in the third quarter of 2008.

Some economists think a willingness to borrow reflects Americans’ optimism about the U.S. economy and job prospects. It’s just as likely, however, that people are borrowing to pay their living expenses. Interestingly, the debt profile has changed. Mortgage debt has declined but student loans have soared since 2008. Students today owe $1.3 trillion, which is more than double $611 billion they owed nearly nine years ago, according to the New York Federal Reserve, which tracks household debt. Auto loans (and loan delinquencies) have climbed, too, along with credit card debt.

As we remarked earlier this year, declining auto and retail sales tells us that the consumer is tapped out. More debt, a shortage of affordable housing and rising interest rates obviously makes it more difficult for young people to form households. It’s no surprise that Fed Chairman Janet Yellen sounded dovish about raising interest rates in her remarks to Congress in mid-July. This economy is still in recovery, and a bout of something— unemployment, terrorism, political crisis– could send it back to sickbay. 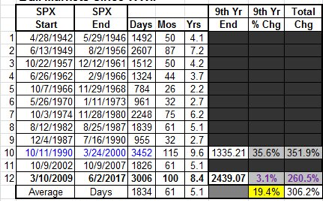 Our cautious outlook leads us to look for undervalued securities and to avoid the highflying, high-priced tech sector, notably the FAANG stocks—Facebook, Apple, Amazon, Netflix and Google—and Tesla and a few others. Indeed, the tech-heavy Nasdaq Composite gained 14.1% through the first half of 2017. This chart showing the four stages of a bubble is a reality check. 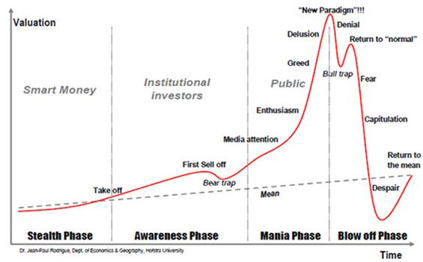 We added to our three positions in Under Armour (NYSE:UAA), FireEye (NASDAQ:FEYE) and Enbridge Energy Partners (NYSE:EEP) that we discussed in our previous letter. We took a contrarian position in FirstEnergy Corp. (NYSE:FE), an Akron, Ohio-based electric utility holding company that serves some six million customers in Ohio, Pennsylvania, West Virginia, Maryland, New Jersey, and New York. We bought it at around $29 a share, well below the $82.33 a share price it fetched in 2007. Our long-term view is that even with mainstream adoption of solar over time, demand for energy will push utilities stock prices higher. In the meantime, FirstEnergy pays a near 5% dividend.