To fully understand a situation, you sometimes need an outsider’s perspective. This is true for individuals and equally true for Americans when we look at U.S. technology companies’ ability to compete globally.

The importance of perspective is clear to anyone who has experience with a Johari window. The Johari window is an exercise in which individuals select from a list of adjectives those they believe apply to themselves. Next, the individuals’ peers pick adjectives that they believe apply, which are then plotted into a grid to show the characteristics that are known or unknown to the specific individual and to that person’s peers. For our purposes, the key grid is the “blind spot,” the list of characteristics known to peers, but not to the individual.

For the U.S., there’s a big blind spot about China that’s illuminated by the informed perspective of Kai-fu Lee’s AI Super-Powers: China, Silicon Valley, and the New World Order. Lee, a former executive with U.S. technology firms including Google China, has worked in both countries.

Americans tend to believe that our democracy, our free markets, and higher education will continue to ensure U.S. global leadership in technology and economic power. Lee points out that many Americans fail to see China’s strong points. For example, American trade negotiators try to rein in China’s state-owned companies. They overlook the looming competition from China’s technology companies, which operate in what Lee calls, “the most cutthroat competitive environment on the planet.” This is not to say that China’s government doesn’t matter. In fact, the single-party political system gives China the freedom to fund development of artificial intelligence (AI), regardless of failures along the way

As AI becomes increasingly important in the world economy, China is likely to pull ahead. According to PWC, “The greatest economic gains from AI will be in China (26% boost to gross domestic product in 2030) and North America (14.5% boost), equivalent to a total of $10.7 trillion and accounting for almost 70% of the global economic impact.”

Semiconductors are a key part of how AI is implemented— and a focus of China’s “Made in China 2025” plan, which aims to increase China’s technological independence. “On balance, Silicon Valley remains the clear leader in AI chip development. But it’s a lead that the Chinese government and the country’s venture capital community are trying their best to erase,” says Lee.

In addition to supporting China’s strength in AI, the country’s chip advances will hurt U.S. semiconductor sales in China. That will sting because China accounts for more than one-third of global semiconductor sales. This will reduce America’s global competitiveness. At the same time, the semiconductor industry may disperse beyond the U.S., Korea and China, which may ultimately affect where we find investment opportunities. At 7Summit Advisors, we’ve already invested in one Chinese technology company and one country to take advantage of this trend.

Speaking of investment opportunities, we’ve seen a weakening in the opportunities available from investing in initial public offerings (IPOs). Increasingly, early investors hold on to their stakes until unicorn companies have experienced most of their growth, which seems to have happened with companies like Uber, Lyft, and WeWork. Today, the balance of risk and potential returns from an IPO is much less appealing than in the days when investors made big gains from IPOs. Before investing, it’s important to analyze a company’s valuation and fundamentals.

Amid recent market volatility, we’re mindful of the need for conservative investments. One approach we take is to invest in companies that have had all of the hype beaten out of them. If a company’s fundamentals are good, it could bounce once others spot the opportunities that we see.

We also like bonds. Many non-U.S. government bonds have negative yields, which is keeping pressure on the yield curve. In fact, there is a record $12.5 trillion in negative-yielding debt in the Bloomberg Barclays Global Aggregate Index. About 45% of non-U.S. global debt has negative yields. As a result, foreign bond investors are flocking to U.S. bonds, depressing their yields. Thanks to this pressure and the possibility of recession, we believe high-quality bonds will perform relatively well. 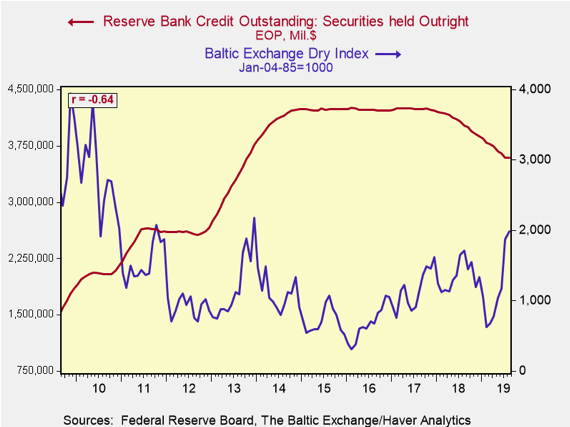 I would like to take this opportunity to welcome two new Advisory Board members, George Abe and Matthew Moore, to 7Summit Advisors. Professor Abe is a lecturer at the UCLA Anderson School of Management where he teaches entrepreneurship, with an emphasis on business planning, deal terms, and team building. Matthew Moore has extensive experience in commercial real estate valuation, is a designated Member of the Appraisal Institute (MAI) and holds a California Certified General Appraiser’s License.